Zahran Business Centre, by Jeddah based Saudi Diyar, has established itself as one of North Jeddah’s most iconic landmarks, assuming a position in this part of town quite reminiscent to the role that the Juffali building has occupied for the past 30 years plus.

Located on Prince Sultan Road, Jeddah just south of Al Tareekh Roundabout in Al-Zahra’a district, the building appears prominently as you take a curve when driving north along Prince Sultan road. The building’s scale is intensified by its exclusive 14 storey height in a zone that has a 6 storey height limit. In addition, the iridescent reflective glazing that envelopes the whole building accentuates the building’s unrivaled presence within the surrounding context. Composed of two main tower blocks of asymmetrical form connected by a dramatic 14 storey high atrium that is fully glazed towards the entrance side of the whole complex.
In sheer contrast to the mish-mash of building finishes surrounding it, the Zahran Building Centre’s diamond-like form and finish reflect the highly efficient and well oiled corporate tone that it sets out to assert. 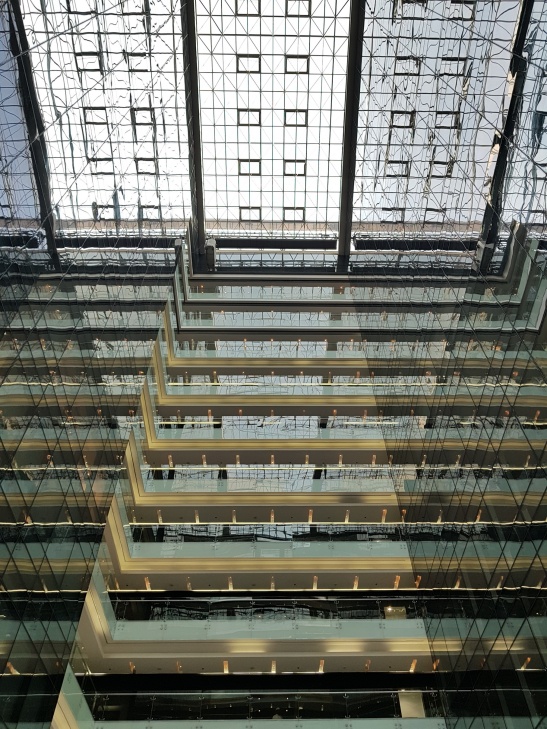 This entry was posted on October 10, 2018 by redasejeny in Jeddah Architectural Guide, Uncategorized.