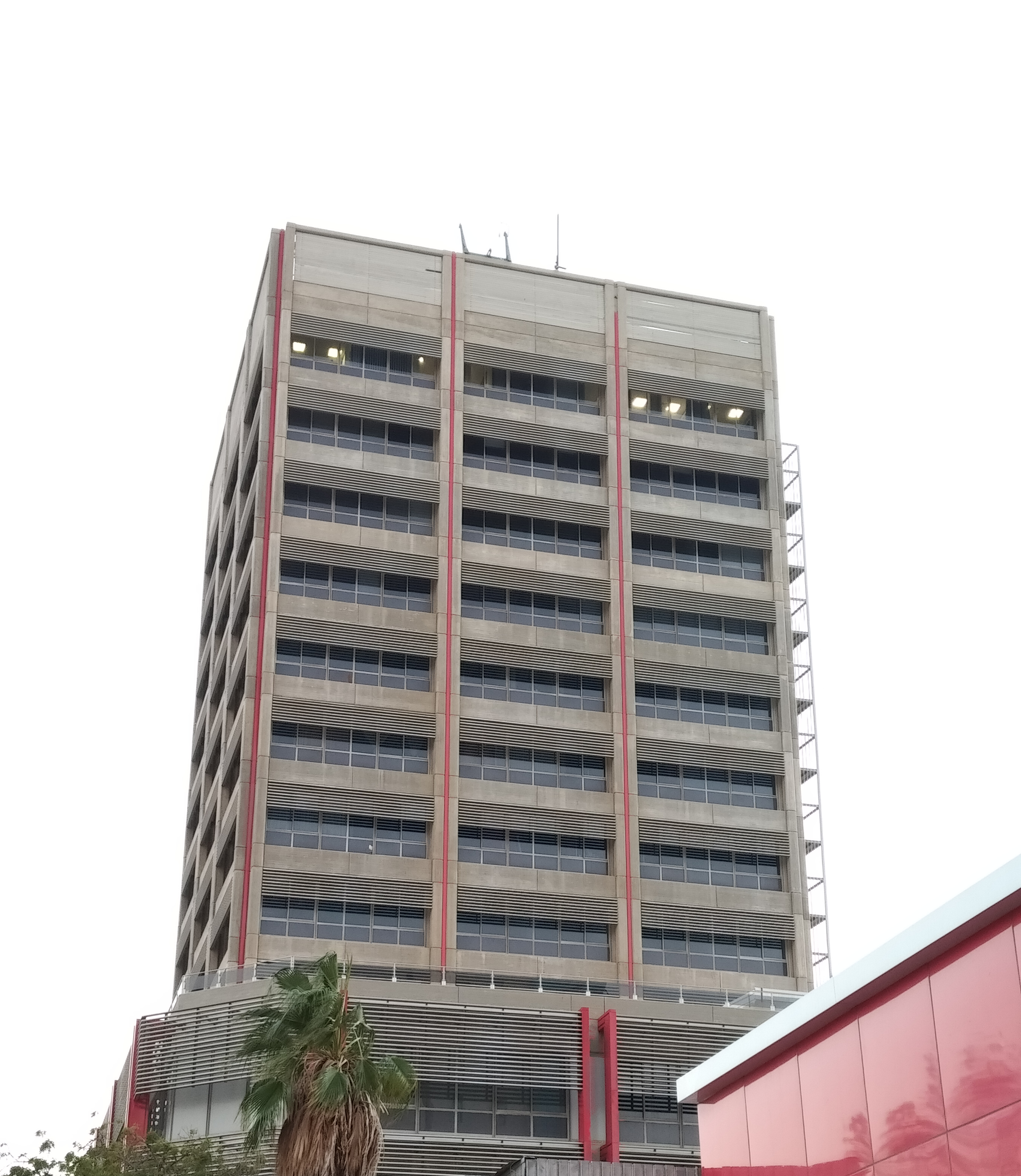 The Adham Commercial Centre follows in the footsteps of the Queen’s building, both in terms of building typology and also choice of architect’s country of origin.

By the 1950s, post-independence, Lebanon was advancing as the regional capital of cutting edge architecture. It was the hub of cultural activity, industrial development and a rapidly expanding economy. Modernism was in full swing and internationally renowned architects as well as a new generation of local architects were contributing to the reshaping of the Beirut skyline – with the most impact a series of remarkable office and administrative public buildings.

At the same time when Lebanese architects were excelling in their interpretation of modernism in Lebanon, they were also receiving commissions from across the Arab World, and especially from the Gulf and Saudi Arabia. 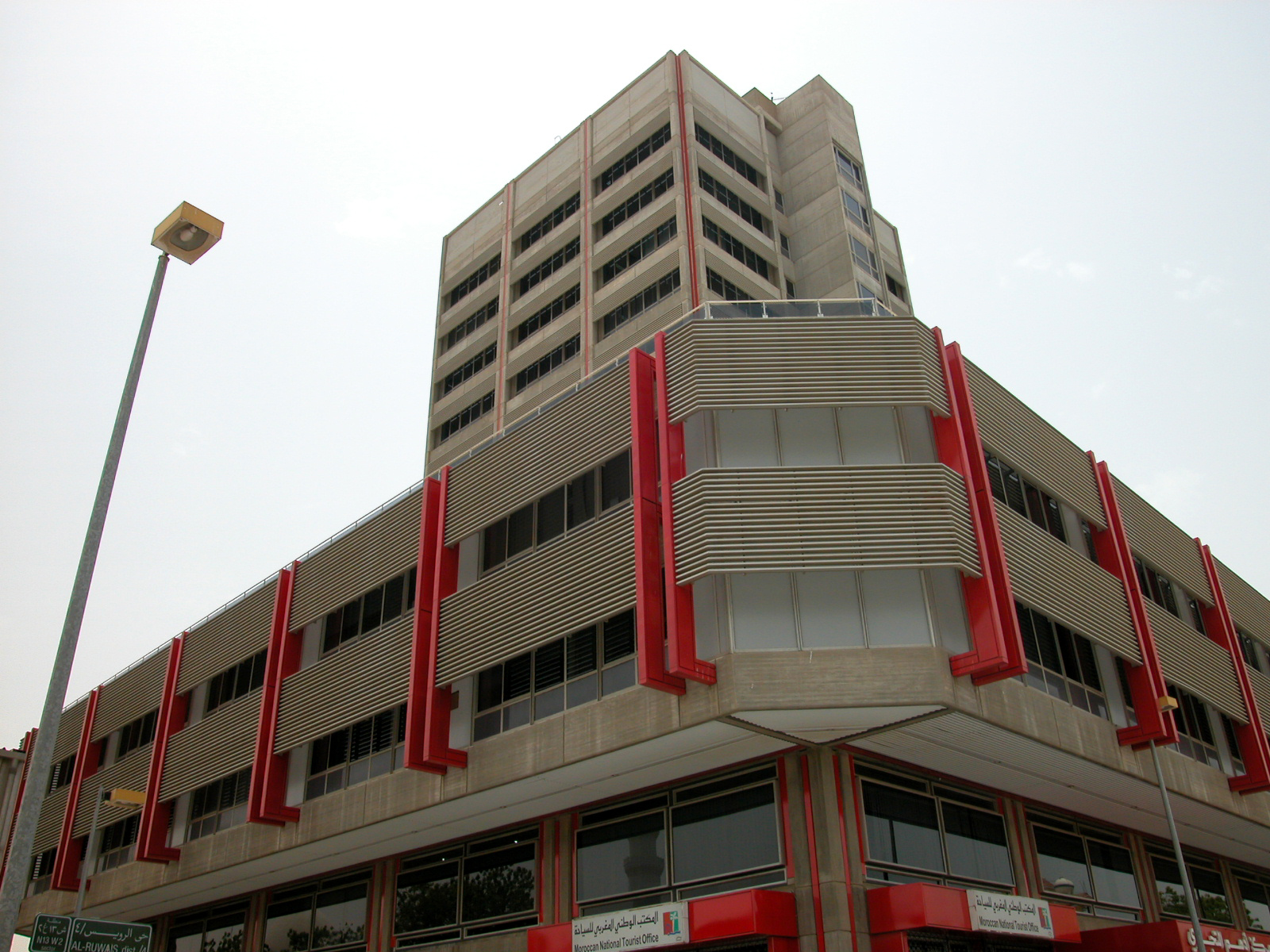 When the Queen’s building was being commissioned in Jeddah’s downtown, Atelier Joseph Karam was one of the largest architecture firms in Lebanon, with a substantial list of constructed buildings across Lebanon and the Middle East.

However, the Architect for the Adham Commercial Centre was a young and emerging name. A young Antoine Romanos had recently graduated from the Ecole des Beaux Arts in Paris in 1969, where he studied under George Candilis, Alexi Josic and Shadrach Woods. Shortly after that, and upon returning to Lebanon, he won the competition to design the headquarters of the SNA-Assurances Company in Beirut in 1970. This project had single-handedly catapulted his name with the most Avante-garde architects practicing in Beirut at the time.

In similar fashion to the SNA Assurances building, the Adham Comercial Centre most striking feature is the envelope of fair faced concrete animated by jet red composite panels inserted between the concrete cavities of the facade. As for the typical floor plan, the Adham office tower was a pioneer in introducing the clear separation between serving and served spaces, between structure and infrastructure, to commercial office spaces in Jeddah.

The 14 storey tower rests on a three floor podium with public amenities and commercial showrooms, very similar in fashion again to the Queen’s building, but on a grander scale, especially given its location on the prominent Madinah Road.

For more than thirty years, the Adham Commercial Centre Tower had been  a striking and unmistakably orientating landmark, symbolically signifying the starting point of North Jeddah.